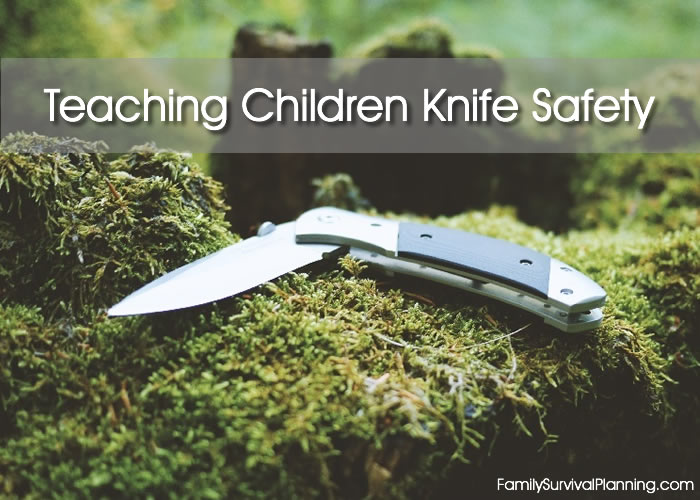 Being comfortable using a knife will increase your chances of survival. Whether you are camping, building fires, or hunting and preparing game, knowing how to use a knife is essential.

However, knife safety is a tough aspect to grasp, especially if you’re a complete newcomer to the entire equation. Kids are babied in modern times, and as a result, they don’t possess the same skills they would have in the past. As time progressed, humans started to get comfortable with their surroundings; there isn’t an immediate need for us to hunt and prepare our own food anymore.

We’ve lost touch with our old heritage, the way things used to be done! Knowing how to use and be safe around knives is a vital life skill. It really should be taught in school.

By passing these skills on to our children, we can give them a vital skill which will last a lifetime.

Kids in the Past

Children in the past weren’t sipping on sugary sodas and playing video games; they were fending for their lives on a daily basis. Without any exaggerations, there was a point in time (obviously) where children and young adults would go out and hunt for their own food.

Even in modern times, there are places that still serve as a home to tribes and groups of people who live together and still rely on the land for their resources. If we want a steak, we go out to a fine dining restaurant and buy it; these people would go out into the woods and kill, skin and then prepare their own steak.

Children learned from their parents at a very young age how to hunt for their food, all of which took place before they turned 18. If a child was strong-minded and capable of providing food for the village, it was quite obvious that they would become an even greater asset as they grew.

Knives are one of the most important tools when it comes to hunting, as the not only work as a weapons, but for the skinning process as well. Spartan children were even encouraged to test each others skills through battle!

It may not be that hectic currently, but there are still plenty of viable reasons to hone your child’s knife skills.

Hunting for Food and Preparing Hides

Knives are crucial if you want to hunt and prepare food/hides, because the skinning process is nearly impossible without a favorable knife.

By teaching your children the ways of a prepper early, they’ll be prepared when they’re adults — much like how it worked back in the “good old days”!

If you’re an avid hunter and want your kids to follow in your footsteps, it’s a good idea to introduce them into the world of knife safety. Not only is it an optimal skill to have for hunting, but camping as well; fire building is made much easier when you can use a knife with ease.

What Do I Teach My Children?

The most important thing to teach our children is that a knife is tool and not a toy! You want to make sure they know what they’re doing with this tool, but also that they need to stay safe in the process.

The last thing you want to be dealing with is a trip to the ER, because your child didn’t understand the concept of “knife safety”.

There are several varieties of knives out there that are considered “safety knives”, and won’t cut your child as easily. You also need to make sure that they’re equipped with a sheath, so that the blade of their knife isn’t constantly exposed.

There are a few simple tips that I tell parents to always teach their children, all of which I would consider the fundamentals of knife safety. If you can teach them this early, they’ll never forget it — and thus, probably never cut themselves! 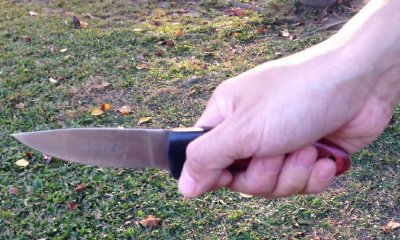 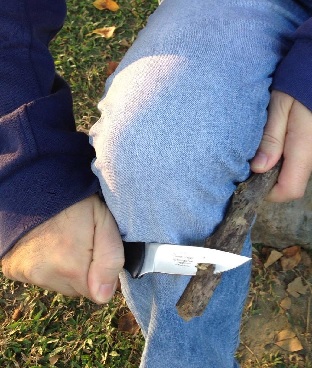 Knives get a bad rap a lot of the time, and I feel like it’s because some people don’t understand the importance of these tools, yet knives have been helping families survive on this planet for millennia.

By teaching your kids about knife safety early on in their lives, they’ll become seasoned veterans by the time they reach adulthood. You could be providing them with essential skills to pass on to their own kids, also. 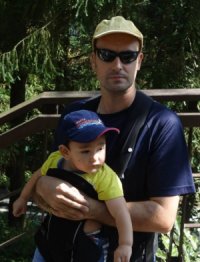 Anthony Tucker is a father of two with a keen interest in camping, bushcraft and the outdoors.

You can find more of his writing over at BestSelfDefenseKnife.com

Variety of Knives to Choose From