Can We Survive World War 3? 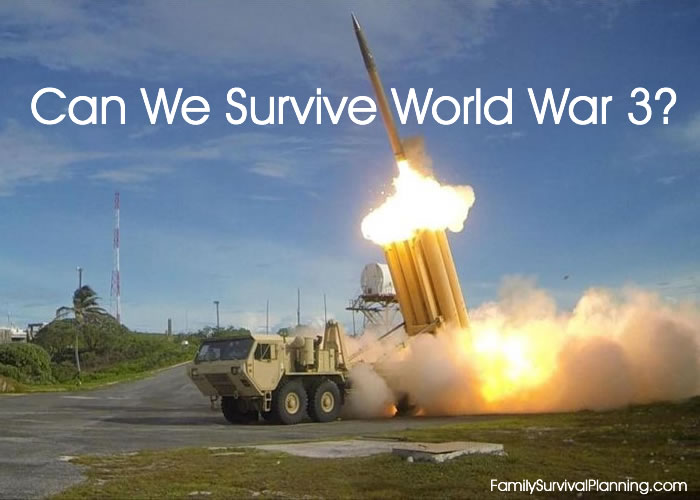 Do you believe it's coming? Will it come to our/your country? How can we prepare?

If World War 3 does break out, it will not be exactly like World War 2. However, we don't know "exactly" what it will look like either. I'm sure you've read other articles about WW3 coming, but you know and I know, everyone is just speculating.

Yes, most are aware of which countries have nuclear capabilities, but what we don't know is — will they use their arsenals? Will we? Who would be first to set off a nuclear bomb? (Right now we all suspect it will be North Korea as they are continually "rattling their swords" — but maybe not.)

Will there be shortages of consumer goods and food?

On this subject, I would speculate a big YES. During World War 2, the first product to be rationed was rubber tires. Then . . .

The War Production Board (WPB) ordered the temporary end of all civilian automobile sales on 1 January 1942, leaving dealers with one half million unsold cars. Ration boards grew in size as they began evaluating automobile sales in February (only certain professions, such as doctors and clergymen, qualified to purchase the remaining inventory of new automobiles), typewriters in March, and bicycles in May.[3]:124,133–135 Automobile factories stopped manufacturing civilian models by early February 1942 and converted to producing tanks, aircraft, weapons, and other military products, with the United States government as the only customer.[5] As of 1 March 1942, dog food could no longer be sold in tin cans, and manufacturers switched to dehydrated versions. As of 1 April 1942, anyone wishing to purchase a new toothpaste tube, then made from metal, had to turn in an empty one.[3]:129–130 By June 1942 companies also stopped manufacturing metal office furniture, radios, phonographs, refrigerators, vacuum cleaners, washing machines, and sewing machines for civilians. [Source: Wikipedia]

We can be sure that there will be a shortage of medications just as there was during WW2. There may also be a shortage of doctors and nurses, depending on whether the draft is initiated as it was back then.

And speaking of the draft, crime decreased during WW2. Why? Most crimes were committed by teens and young adults (17-30) and these were the ages of those inducted into the armed services. Those who, for one reason or another, were not able to serve, filled the jobs and unemployment plummeted. With paychecks coming in, it was not necessary to turn to crime, at least for the purpose of feeding a family or needing money. Sure, crime still happened — it always does, sadly.

What Our Readers Have Said:

I'm always interested in what my readers have to say about any subject. This is an important one and one we all hope will never happen. But if it does, I asked them a set of questions to hear their opinions. Here are the questions I asked:

Here on the East Coast when the Weather Service predicts a Major snow storm, people panic and rush to the grocery stores and buy a week worth of food.

If the average person had 48 hours to buy everything they could, and truck transportation would stop. There would be no food available after that.

Within two weeks, there would be major looting and home invasion.

It would be crazy people running to find shelter, stealing what they can to live I am sorry to say.

But if there was World War 3 .. there is no way to prepare for it. Everything and everyone would die.. and if you think you could go underground and live for years, glad you have the $$$$$ to do it because most people don't.

There Would Be Much Chaos

I Would Probably Panic

We Would Be Scared

1. I'm not sure. I think it would affect us emotionally. We would be scared.

2. I think a lot of people would get crazy and start stealing and looting.

3. It might be a challenge to find food or shelter or everyday luxuries.

5. Save cash. Have food storage. Have a gun or guns. Hide and be very cautious of everyone.

WW3 Is Not a Happy Subject

This isn't a happy thing to think about but could be a possibility. I asked my husband for his input since he is more into emergency preparedness now than I am. So here is his reply:

This is a hard question

First I don't think another world war will break out. The world economies are too interconnected.

But if a world war were to break out, how it would affect my family is my oldest son would likely be drafted.

How it would affect the average American is - minimally. Just like the wars in Iraq twice and Afghanistan families that were affected, or would be, are military families. The average American would just continue their day-to-day social media escape.

Challenges at home would be war protests. Protests against the government for enacting certain wartime laws and restrictions.

Shortages would depend on how long the war took to fight. In a war between big powers like China, Russia and us, it would last a while and food and fuel shortages would likely happen. But if it were to be in a smaller region like Iran or N. Korea it would be a brief war followed by similar strategies of occupation like we've already seen and shortages would be minimal.

Haven't thought of preparing for a world war. If it happens, it happens and a way to survive would be available. (Already had to survive the financial meltdown and recession that followed so what happens, happens, and we'll find a way to get through it)

What Other Visitors Have Said

Click below to see contributions from other visitors to this page... 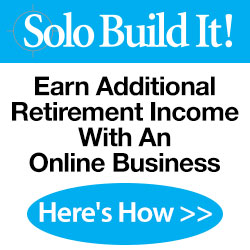